During the last presidential address on April 23, President Cyril Ramaphosa announced that the ban on the sale of cigarettes would be lifted when South Africa moves into Level 4 lockdown.

Mere days after this announcement, Minister Nkosazana Dlamini-Zuma, in a live address, provided clarity surrounding the reduction of lockdown restrictions that would follow South Africa’s move into a slightly eased Level 4.

This address informed the people of South Africa that the ban on cigarettes would be extended even further, despite the easing of some lockdown regulations. This caused a nationwide uproar which apparently had the taxman in tears. In just one month, since the ban on the sale of tobacco products had come into effect, South Africa lost approximately R300 million in tax revenue, according to SA Revenue Service commissioner Edward Kieswetter.

During the live address, Dlamini-Zuma made a particular reference that would spark a viral trend - one that would surpass the viral memes of President Ramaphosa fumbling with his face mask.

The reference that was made, which led to the viral landslide, was a video, titled, “When people zol”. It resulted in the Cape Town-based disc jockey, DJ Max Hurrell, utilizing material from the address to create a remix which was uploaded onto YouTube on May 1.

Below is the rendition of the original video from DJ Max Hurrell, made by The Kiffness.

Despite its release more than a week ago, it only became viral a few days ago on several social media platforms, including Facebook and Twitter. There were also various other remixes, along with parodies made, based on the address.

“Zol” reached over 66 000 views to date. It received 55 000 more views than Hurrell’s previous mix which was based on Minister Jackson Mthembu’s use of the word ‘vibrators’ when what he meant to say was ‘ventilators’.

Whether it will reach the same popularity as the ‘Coffin Dance’, with over 17 million views, is yet to be seen.

Since the live address, there has been mass outrage among South African smokers and tobacco manufacturers. Despite a nationwide ban, there has also been widespread speculation surrounding the black-market sale of tobacco products.

What no one is talking about
The first rule of ‘Fight Club’ is that you do not talk about it. Is this the case with the continuous black-market sales on tobacco products? That everyone is doing it, but mum's the word?

The South African economy has already lost over R1.5 billion in revenue due to the ban on both alcohol and cigarettes during lockdown, as reported by SARS on April 30.

There are numerous reasons why people can simply not quit, whether it is a coping mechanism for extremely stressful situations, or because smoking cigarettes has curbed and replaced much harsher addictions. Each person has their own reason, but the collective opinion is that simply putting South African smokers in a nationwide state of rehabilitation is not the way forward, and thus smokers had to find ways, albeit illegal, to get their fix.

In KwaZulu-Natal alone, large amounts of profits are expected from possible black-market sales on cigarettes. Sellers have hiked up the prices on even the cheapest cigarettes brands as result of supply and demand factors along with availability due to import factors. Despite the availability issue, sellers have a consistent and increased risk of being arrested, should they be caught. There have been numerous raids on spaza-shops all over the country which resulted in arrests and shops being closed down.

What is the reason behind the ban?
Over the past two weeks, since the continued ban on cigarettes was announced, individuals have been speculating as to the the real reason behind it. There is much rumour on social media that it is government encroaching on civil liberties. There has been widespread debates that smoking helps fight off Covid-19 versus whether smoking makes someone more susceptible to the virus, as it increases the likelihood that smokers are more inclined to be infected.

The World Health Organization (WHO) has warned that smokers are at a higher risk of contracting Covid-19 due to the nature of the virus and the fact that it affects the respiratory system. Despite this fact, smoking is bad for you. Smokers know this and have known this even before cigarette packets came with a variety of warning labels, but despite the warnings, the tobacco industry is one of the most profitable industries worldwide.

Do we continue to follow the rules of fight club, or do we seek another avenue?
While there is not much talk regarding the black-market sales of tobacco products, there is plenty being said regarding the attempts to have the ban reversed. Legal challenges are backing up in front of the door of the government with the continued ban on tobacco products.

Business tycoon, Johann Rupert, has already shown his support towards British American Tobacco in its threat to file an application against the continued prohibition of tobacco products. One of the questions being addressed is why there was no prior explanation provided by government when lockdown progressed along with the continued cigarette ban.

The tobacco industry is like a woman scorned and hell hath no fury like a scorned woman, or a smoker without his fix, for that matter.

According to Sinenhlanhla Mnguni, chairman of The Fair Trade Independent Tobacco Association (Fita), legal action is necessary due to the ministers having acted beyond their powers with regards to the smoking laws and the Disaster Management Act, which made absolutely no mention of an impending ban on cigarettes.

The road ahead might be paved with irregular cobblestones, depending on the court’s decision about whether tobacco can be classified as an agro-processing product.

If so, the court might declare that tobacco is an item which  may once again be traded legally.

These are but a few steps in a very tall staircase and whether it leads upwards or downwards is yet to be seen. In the meantime, the fight to free South African smokers from their unwilling enrolment into a fight club of their own, continues, ‘cause you know mos, eh... “when people zol”… 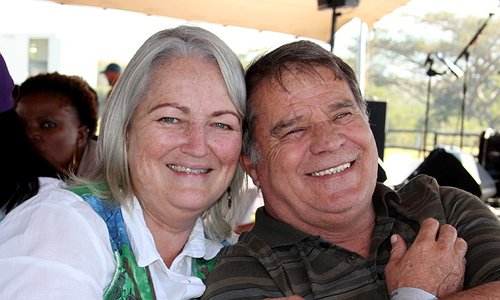